The Most Important Rule of Writing?

Home >> Write Better >> The Most Important Rule of Writing?

Above the pearly gates in Writer’s Purgatory…

...there is a question painted gold, floating letters:

“What is the Most Important Rule of Writing?”

Ahead, a vaguely androgynous guardian stood over a marble lectern, scribbling in a book with gold-leafed pages.

When she saw me, a deep frown creased her otherwise flawless face.

She asked, “Do you have your answer?”

She - it was easier for me to think of her as a “she,” though I wonder if divine beings have much use for gender - was in the shape of a human.

Two enormous eagle’s wings sprouted from her shoulders. Light shot through the feathers in a hundred shades of gold.

“Ready?" I echoed her question, "Look, I’ve only just gotten here, and I don’t know where here is-”

She held up a hand, silencing me. “This could be the most important moment of your life. You better have an answer when he asks.”

“When who asks what?”

With one immaculate finger, she pointed up at the Golden letters floating above the gates.

What is the Most Important Rule of Writing?

“What happens if I don’t know the answer?”

Her voice was low and quiet, like the ruffling feathers of a falcon swooping over its prey:

“If you get his question wrong, you will never be a writer. You will hate everything you ever write, and you will fail all of your most important writing goals and never pick up a pen again.”

I swallowed. My fingers were numb. Was it possible to forget how to breathe?

“You’d better go in." she gestured at the gates. "He hasn’t got all day. Actually, I suppose he is the Great Creator of Time itself, but you understand. Best not to keep him waiting.”

“Right,” I said. Puffed out my chest in a way that (I hoped) hid the fact that I was about to vomit all over the nimbus-white clouds floating around my feet.

She flicked her hand at the gates, and the Golden Bars scraped open. A bright, shining sound that seemed to go on forever. 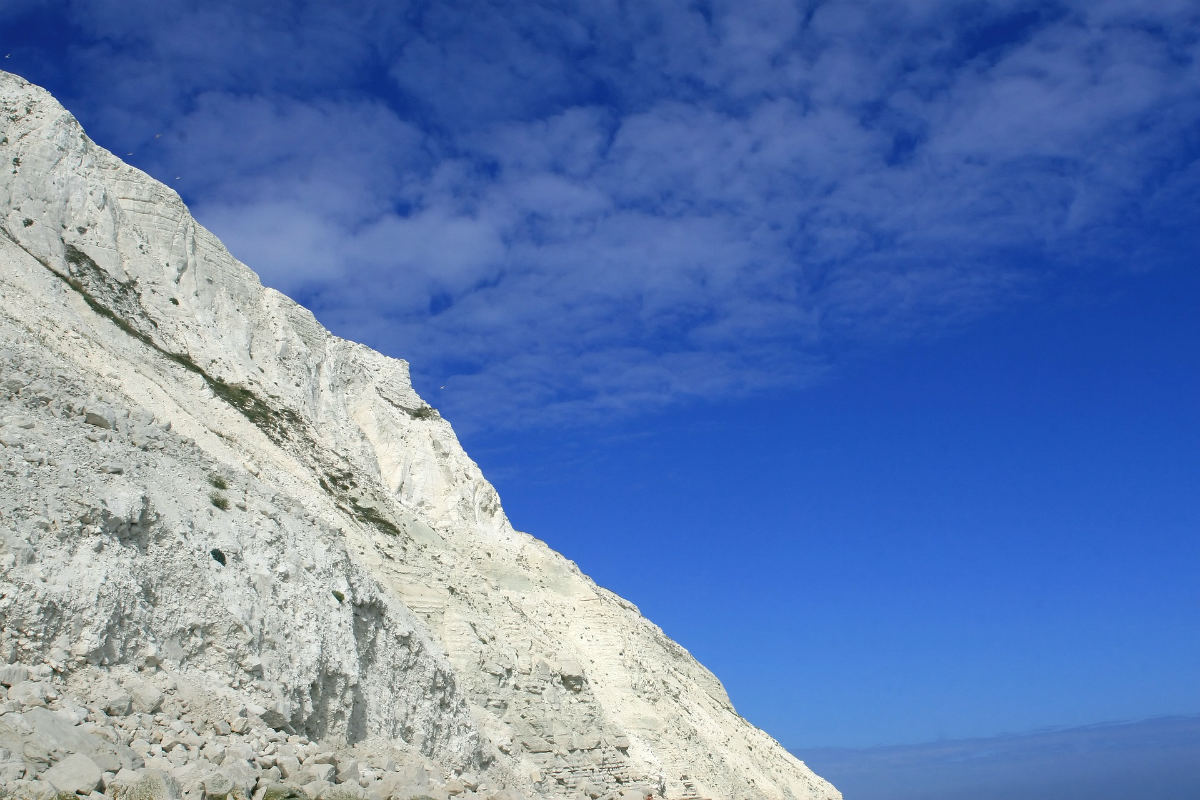 Hours, or maybe it was days, later... My back was pressed against the white cliff side.

Toes sticking out over the ledge. Wind threatened to peel me off the cliff and throw me down… down where I dared not to look.

Stone cracked beneath my feet. Started to give. I sidestepped to the next outcropping, leaping as the ledge caved away.

And there He was:

He was smaller than I expected. Bonier, too. All elbows, knuckles, and knees.

Chisel in one hand, hammer in the other. A fine chalky powder covered him from head to toe.

My stomach flipped. I still didn’t have an answer. Sweat stung my brow, and it was just from the climb.

He was chipping away at the towering face of the Mountain, carefully etching into the stone. Tongue sticking out in concentration.

Until he looked up, and said:

“Goodbye now! It was a pleasure meeting you, I think. Safe travels, and all that.”

"Oh, yes," He set down his tools, and used his long, white beard to wipe the sweat off his face. "Well, come over here then. What do you think so far?" 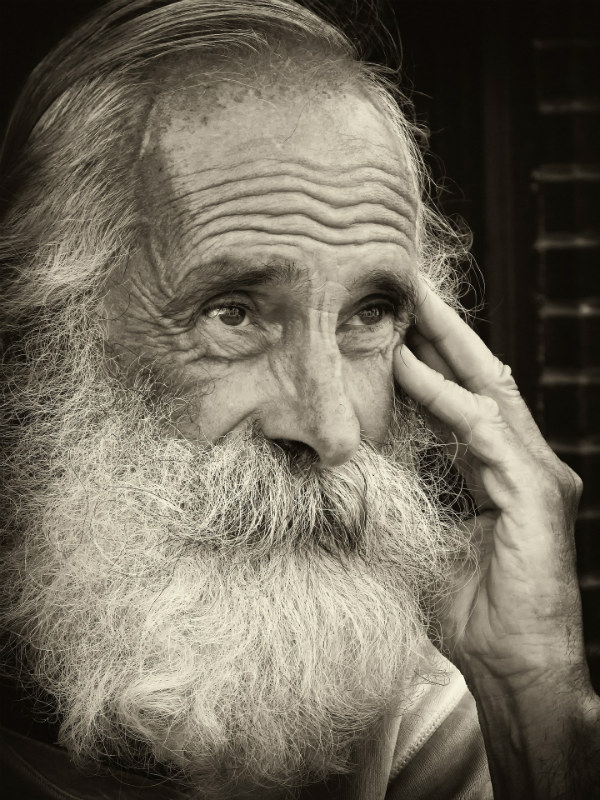 He gestured at the cliff face, rising miles above us.

I sidled over, careful to keep as far from the edge as possible. Looked up.

There were words chiseled into the cliff, running away as far as I could see - and further.

“Yes. And no. Some people believe there aren’t any rules in writing at all.” He leaned over conspiratorially and whispered - as if someone might hear us up here, a million, billion miles away from civilization. “And they’re right, too. But all great writers know the rules, anyway.”

“To learn so many… it’s daunting.” I said. “Enough to make any new writer give up this passion.”

“Nonsense!” he shouted. “There is only one reason any writer, new or old, quits writing.”

He turned back to the wall, and pointed up.

“Read for yourself. It’s states clearly up there, at the top.”

I coughed. And pretended I could read the tiny, microscopic letters that must’ve been several hundred miles above us.

Thankfully, he read it for me:

The #1 Reason Writers Quit... is Because They Get Bored.

“So how do you avoid getting bored with your writing?”

He turned to me, his honest, brown eyes twinkling like two incredibly small, yet impossibly bright stars. Beard twitching with a wide grin.

“That’s what I was going to ask you.”

After an impossible amount of time, an idea came to me:

Write What You Love

I spoke my answer aloud, and held my breath.

Waited for him to shout with a voice like a thousand elephants dive-bombing from on high - “You are WRONG!” - and smite me from the mountaintop.

Instead, he gave a wheezy chuckle, and said, “That's about half of it!”

“A lot of people,” he continued, “Try to tell me ‘Write what you know.’ But they don't know what they're saying.

That’s why you see so many new writers creating characters almost identical to themselves.

“How did that one poet put it?” he combed his fingers through his beard, and a shower of chalk dust rained down. “Tis better to have loved and written, than not have written at all. Or something like that.”

I wasn’t about to correct the Creator of Time itself.

But I did have questions:

“What about horror stories? What about tragedies and other awful things…?”

“Ah,” he said, bobbing his bald head up and down.

“Therein lies the other half of the answer-” he interrupted himself and scratched at a spot in his beard. Small, plaster-colored chunks of stone tumbled loose. “Wait. Did we talk about the first half of the answer already?”

“Write what you love…”

“Ah, so we did. It's hard to keep track of time, you know. It goes forwards, backwards. Once, I even saw it go sideways. Anyway, the second half is…”

...And Write What You Hate

“But," he said, "People want to deal with the tough questions in life. They crave emotional knowledge. How would a helpless girl deal with a mask-loving murderer? How does a young orphan survive in his war-torn country?

These are terrible, hideous things. But you can’t ignore them. You need to feel them, to know what it's like.

“That’s why writing is so wonderful,” he said. “What better, safer place to deal with the worst parts of life than in the pages of a book? Or on a two-dimensional screen?”

He straightened up. The cliffside shuddered and let out a creaking groan... as if the small, old, bony man weighed much, much more than he should have.

“Now, what did you need from me, again? Oh, right!” he made a polite cough, and a torrent of chalk dust shot out from his mouth. “You’re here for the test thingummy. Or did you already take it? Time is a little wibbly for me. Did I already say that?”

“Right then… Tell me: what is the First Law of Writing?”

The First Law of Writing: Write What You Care About Most

After many seconds - hours? days? centuries? - of thinking, I finally had it.

I could feel it bubbling up inside of me - the stroke of brilliance that you only get once in a lifetime.

I had the answer, and I had one chance to seize it:

“The first law is to write whatever makes you feel.

When you write the things that you care about, it comes out so much easier. And it’ll be more dear to your readers.

Write the things that are eating you alive. Write beautiful descriptions of unimaginable people.

Writing is special. Don’t waste your time - or your readers’ - on things you don’t care about.”

The old man tugged at the end of his beard, looking up at the cliff face. “Hmm,” he said. “Hmm.”

“Oh!” he said, as if he’d forgotten I was there. “I’m sorry, time slipped away from me. Can you repeat that?”

Set a timer for 10 minutes. Take your current project, and find one element that you think is the most interesting, cool, amazing, or terrifying aspect about it.

Write about that element:

19 comments on “The Most Important Rule of Writing?”