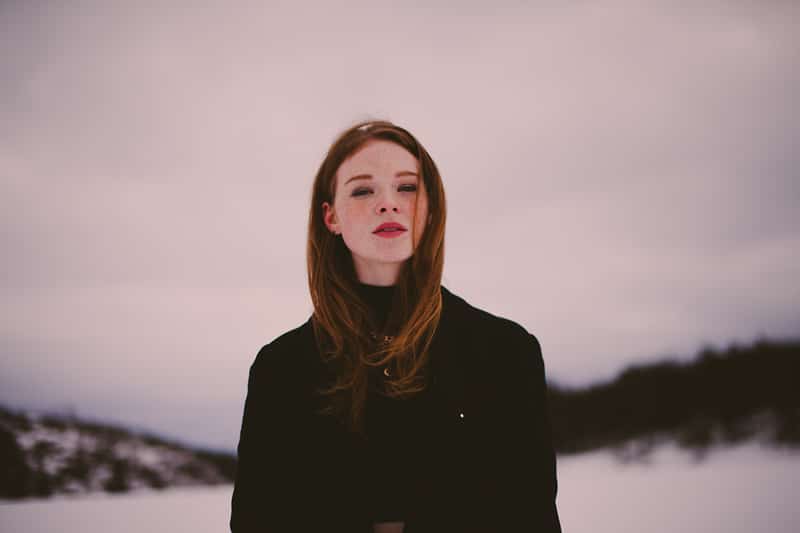 Home >> Other >> The Vast Size of Old Age - Short Fiction

The girl with the flower tied to her back was called Amber.

She rode a speckled grey mare through the forests of grain, the flower's white petals lapping at her shoulder with every stride. Dirt furrows rose and fell like foothills, and the forest of grain never changed-

Until Amber's head was nearly lopped off by a scythe.

Her horse loosed a whinny, and reared up. Together they toppled down a furrow, sledding through the dry dirt. When the cloud of dust cleared, Amber looked up to see her mother staring down at her.

"I'm sorry, little one. I did not see you," Mother's voice was deep and smooth, like the howling of the wind, only filled with warmth, "Where did you come from?"

The first thing Amber did, after she got to her feet, was touch her back to see if the flower was still there. The body-length stem still dragged between her legs, and the soft, white petals - each as tall as her leg - still drooped over her shoulder, and tapping against her chest.

Amber sighed, and thought about how much happier she would be if she were older, and taller, just like her mother.

"I was foraging in the old Garden mother. For him."

"You should not go there, little one," Mother clucked, almost absent-mindedly. She was looking over the trees of grain. Amber could only imagine what the top of the forest looked like.

"Oh," her mother said, recognition and revelation crinkling her eyebrows and turning her expression stern, "You should not see him, little one. He is far too dangerous."

"You met him once, was that not enough?" But before the question had left her mouth, Amber's Mother knew the answer.

Her lips pinched together, and she sighed through her nose. With the Scythe resting on her shoulder, she looked down at Amber, "I saw him walk into the Mountains, a time ago."

As the horse hooves beat against the dirt, pulling her away from the forest of grain, Amber heard the hissing swish of her mother's Scythe descend again. And again. Until it faded with the wind.

In the foothills, she drank from a well. She watered her horse, too, and tied a pouch of grain around his snout to eat. Amber looked up to the mountains, soaring, a bruised violet rising to a cone of glistening white. She was weak from the ride, and the flower weighed heavy across her back. The ropes were beginning to dig into her stomach and ribs.

When the ground began to shake, she did not hide. An Uncle, a head taller than her mother, trundled up the foothills, water sloshing from his boots. There were puddles the size of ponds in his wake. He had a net behind him, bursting with fish - some large enough to swallow Amber whole, and still be hungry.

"Amber? Is that you?" her Uncle leaned down at the waist, his massive head blotting out the Sun. His voice beat the air around her until she felt as if she were standing inside of a drum.

Amber cupped her hands to her mouth, and shouted, "I'm here, Uncle."

"Would you be so kind as to pour your Old Uncle a drop? These old bones are not as spry as they once were..."

Amber hoisted the largest bucket down the well. When she tried to pull it up, she had to enlist her Uncle's help. He pinched the rope between two fingers, and together they pulled. She carried the bucket between her arms, teetering and splashing it all over herself.

"Thank you," her Uncle boomed, before downing the whole bucket in two gulps.

As a gift, he gave her a fish from his net - a small one.

When he walked away, reeking of dead fish, he left more ponds in his footsteps. In one of these ponds, Amber saw a glimmering object. A shell must have dropped from his bag, one so large she would have to hold it in two hands. It was a long spiraling shell, with a hole on either end, and it was perfect for her needs.

She fastened the shell to her horse's bridle, and after she ate, they began to climb.

The mountains lifted her, step by tedious step, above the world, and Amber wondered if this was what it felt like to be old. Snow patched the ground, like a forgotten quilt eaten by age and generations of moths.

She found a place to stop, a place where she could reach out and grab a fistful of wispy cloud. She waited, chewing on fish bones, until the mountains began to shudder.

Echoing footstep carved through the ravines, and a reckless energy coursed through the clouds. She could feel it lifting the tiny hairs on her arms and neck.

He was close now.

She saw the backs of his hands first. The house she lived in was twice as long as Mother's bed, and Amber had no trouble believing those hands could pick up her house, and fling it over the mountains.

Amber took out her shell. She pressed the smaller end to her lips, and directed the wider end at him. And she blew.

Fweeeeee- It was a pathetic sound, reedy and slender as a stalk of grain.

But it did the trick.

"Is... someone... there?" a voice, cynical with years of age and crushed expectations, shook down from the clouds.

Amber sucked in all the air she could, and blew again - Fweeee!

A great, shaggy, wizened head, with wrinkles as deep as valleys, and strands of grey hair as long as rivers, sunk below the clouds. The old man put his hands on his legs, and began his long descent into a crouch.

Once more, Amber blew, and this time he spotted her.

He smiled, ancient stone monuments rising from his gums, stained yellow by silt.

"Amber..." he breathed, and the wind whipped back her hair.

"Grandfather!" she shrieked, and his smile only widened.

His lips drooped, and a mist spread across his eyes, glazing them with an emotion she could not quite understand.

"I brought you something Grandfather!" her voice was a squeak in the wind.

He put a hand on the mountain, to steady himself, the quakes nearly bringing Amber to her knees. He kneeled, an deafening groan rushing out of him like wind from the bellows. His bones creaked, tree-like cracks sending out a shock wave of sound.

His ear pressed against the side of the mountain, and in it, she could see a whole different world. Hairs as tall as the grain forest, pores large enough to swallow her hole, and a black, winding cavern so large, she could build a small town in it.

"Grandfather," Amber shouted, "I brought you something from the old Garden. They said these were the flowers your Mother planted, when you were still small."

Grandfather's great, shaggy head dislodged from the side of the mountain, sending an avalanche of stones to pour down below her.

Amber unlashed the flower from her back, and planted it's stem firmly in the ground. She held it up by hugging the stem with both arms.

As slow and gentle as the tide, he lifted his hand, and plucked the flower from her embrace.

"I just wanted you to know that you aren't forgotten. Happy Birthday, Grandfather."

His smile could have bridged the ocean.

"Forgive me... a moment... I must do..." Grandfather's knees sounded like dynamite when he stood up. His head lifted above the clouds, and at first she thought she was hearing thunder.

Peels of laughter rumbled the mountain side, and it began to rain.

Thank you for reading!

I wanted to post this story for two reasons: one, I really liked writing it; I think it came out almost exactly how I imagined it. And two, there are defining moments that I wrote and used to build these characters. Even though you don't get to see those moment, the Grandfather's is referenced at the end ("just as small... as I remember").

The girl's defining moment is not so readily apparent. I don't think I put any mention of it at all in the story, but I did use it to inform her character's tenacity. Sometimes, it's the stories that aren't told outright that work the best. At least, that's what I'm telling myself on this one.

2 comments on “The Vast Size of Old Age - Short Fiction”

Enter your name and email below for more free writing advice.