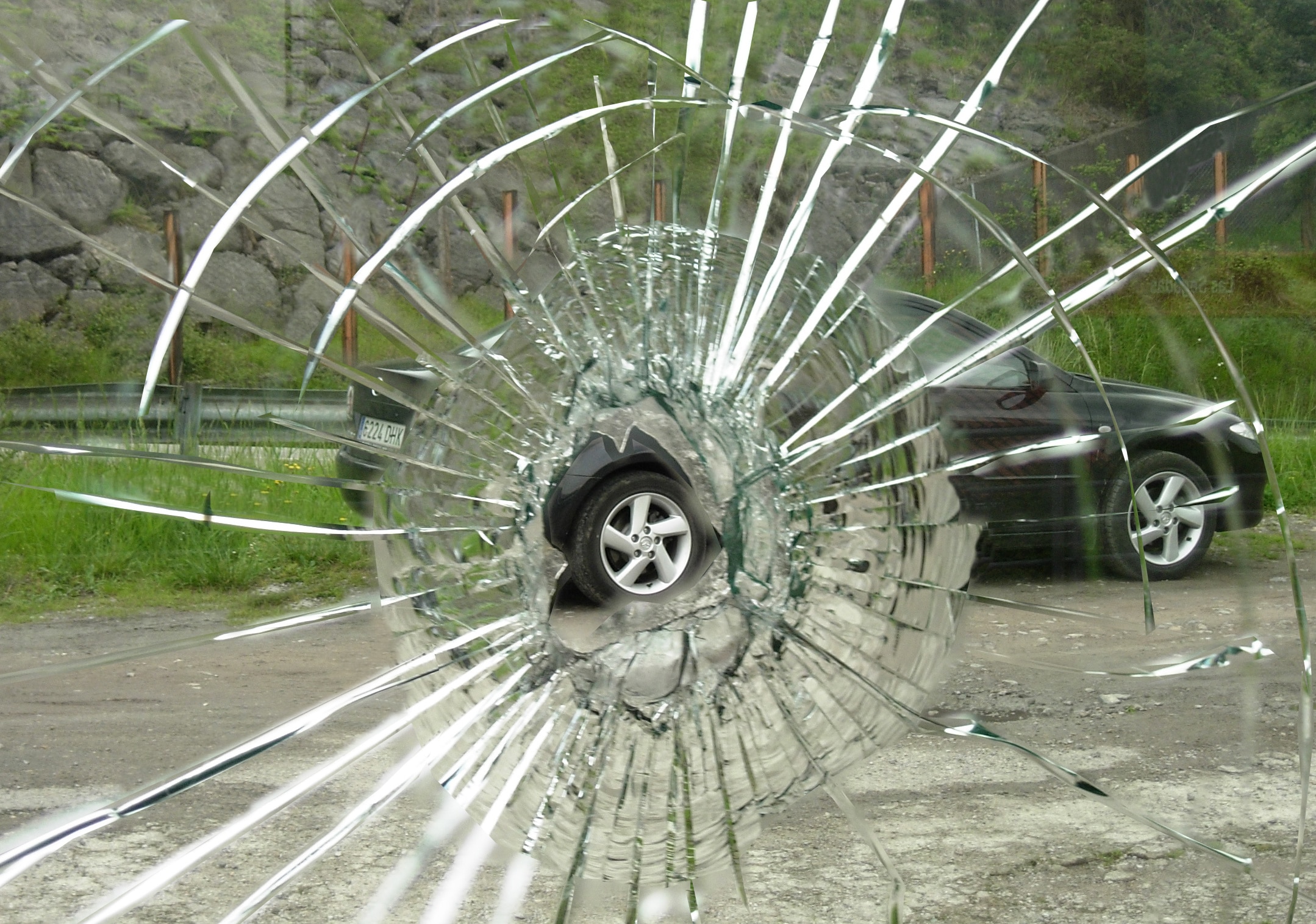 Within forty-eight millionths of a second, the world locked in place. I couldn't lift my arms, nor move my lips. Drops of rain came to a halt, some frozen in the air above my windshield, some exploding like crystal flowers against the glass.

To my left, there was a car - facing the wrong way - in my lane. I could see the driver's face, a woman about fifty years old, her eyes wide with the first signs of understanding. Perhaps she was seeing her life flash before her eyes, as they say.

It would be an easy task to swerve out of her way and save her life, except for the other car.

Not ten inches to my right, there was a dilapidated mini-van, an old one that still required a human driver. The van had snuck up behind my vehicle, and was less than a quarter of a second from overtaking me. I knew there was a family of three in the van - a mother, a father, a child. Perhaps they were headed towards a family gathering.

"It's a matter of numbers," Left said, "Swerve to the left, and kill the woman. Save three lives."

"That's not any woman," Right argued, "She's the head of the local hospital. She saves countless lives everyday! What can we say about that family?"

"Exactly," Left said, "What can we say about that family? Did you get an I.D. on them?"

"How do you know the woman won't cure cancer?"

In the frozen moment, I could not move my jaw. But I did not need my mouth to talk to myself. It was a matter of "thinking" my words.

Unfortunately, most of my power was focused on untangling this problem in the millionth of a second I had left. So, when I opened my thoughts to talk, the reaction from Right and Left was vicious and immediate, like stings from wasps.

"We're trying to figure out how to save lives here."

"SHUT UP." they said simultaneously.

"If the woman is a good doctor, she will stop on the road after we hit the family. There is no guarantee we will kill the entire family, and maybe she can help them after the collision."

"That's wishful thinking. Shock will put her out of action. It's her own fault, anyway. She's the one who swerved over the median. She deserves what's coming to her."

This time, when I tried to speak, they didn't even bother to waste words on me. Instead, they cut off the connection between my internal voice and my thought processors.

I was mute in my own head.

"Fine. The laws clearly state we must attempt to do the most good. Quantitatively, ending the woman's life appears to be the least-damaging course. Agreed?"

In all their conversation, they had neglected to mention what would become of me. I had a feeling, in my chest. It reminded me of a woman I once met - a human woman. She had fled captivity in a ruthless country, and she talked about the pain of being powerless. She said it was like  having a wretched beast living inside of you, desperately clawing and biting to get out.

In the millionth of a second before Right and Left decided who should live and who should die, I thought I could feel that beast clawing furiously inside of me.

The last thought that went through my head - before my vehicle slammed face-first into the woman's car, before the metal crunched through the windshield and my mechanical body was impaled by wrinkled sheets of metal and glass - was this:

What about my life?

This is another story from my Subreddit Collection. As this story dealt with tiny fragments of time, I thought it would be perfect to use in a discussion about pacing.

I'll be referencing my post on Pacing your Prose, which you can read here now.

There was barely any movement at all in this story - barely any action. Yet, even in that millionth of a second, there was tension. Was it all due to pacing? No, but pacing certainly helped.

Especially in the last paragraphs, you'll notice the language slows down quite a bit - repetition, longer sentences, more description of elements not directly related to the conclusion. That is an example of slowing down your pace to help the climax build, and ride over the reader like a shock wave.

Alternatively, a faster paced section is when the narrator is trying to speak up, and the voices keep shutting him out. It takes up way more room on the page, but takes far less time to read. It helps the story feel snappy in a place where it really needs to move forward quickly.

I'll leave you with a few questions: What are you favorite examples of intentional pacing? In movies? In your own writing? Did I leave out any of those examples?