This is the second half of last week’s post on likable characters. It's also part of a larger series on How to Write Amazing Characters.

You can read Part 1 here.

Before we get back to the list, I want to cover a topic every writer needs to understand:

The Importance of Instantly Sympathetic Characters

In the back at every publishing organization, there is an unmarked door. No need for a “Keep Out” or “Do Not Disturb” sign, because any hapless creature who walks by is yanked inside, and put to work:

Stacks of ancient papers rise to the warehouse rafters. Thousands of stories written by hopeful writers, molding over. Crumbling into dust.

There are chutes in the ceilings, where dozens of fresh manuscripts pour in every day. (And only half of them are stapled together.)

All while a handful of overworked editors scour the warehouse for “the next great story.”

It’s a desperate world for writers.

It’s even harder for self-publishers to get a new novel noticed in the onslaught of Amazon’s archives.

This is why you need to create “instant sympathy” for your characters. Especially your main character.

Instant sympathy (or instant hate) will make it easy for readers to fall in love with your story. When you can give readers a connection to a character by the end of the first chapter (or page!) you will keep them hooked

Okay, let’s get back to our ridiculous amount of likable character examples:

You don’t want to “Mary Sue” your characters by making them great at everything. Instead, focus on one… maybe two skills that they can do exceedingly well.

Chrisjen Avasarala from The Expanse series is one hell of a diplomat. She is also an excellent political strategist - especially in the strange, tense situation between Earth, Mars, and the other nascent factions.

We love her because:

But she is not a great soldier. Because her competence is tempered with flaws, she is so much more sympathetic.

If Chrisjen was a great politician and a great soldier, we would never feel any concern for her. There's no conflict to keep us hooked.

15. Are Your Characters Cool Under Pressure?

James Bond always seems “well put together.” He glides effortlessly through the high-octane world of a super agent.

Even when he’s caught, tied up, and tortured... he keeps his wits, and manages to turn the tables.

When someone else rescues him from the jaws of a long, slow death, he doesn’t say, “Oh, God, thank you.”

He smirks that charming little smirk, and says, “What took you so long?”

But it’s not annoying… because he earns these moments by staying calm in the face of staggering peril.

Another quick example: Maximus from Gladiator. He inherits his resolve from his tragic backstory - but even when he is offered greatness, he does not waver. He remains cool until the bittersweet end.

16. A Different Kind of Cool

Cleverness and wit are some of my absolute favorite characteristics.

Look at The Lies of Locke Lamora, by Scott Lynch.

Our main character, Locke, has a sharp tongue that constantly gets him into trouble - and then out again.

One really easy way to show wit is to have quick banter between characters - where the “clever one” subverts another characters’ expectations.

17. Everybody Loves a Great Storyteller

Bilbo Baggins was a wonderful storyteller. I’m not sure if he was “officially” the narrator of The Hobbit, but that’s always how I read it.

The Name of the Wind, by Patrick Rothfuss. Most of the story, except for interluding chapters, is told by the main character, Kvothe.

This is important, because it allows us to build trust in Kvothe - even though every word of his story could be a lie.

Because he helps us understand. Because he engages our emotions, and allows us to experience something “other.” Because he’s entertaining us.

And, most of all, because he’s making a gift of himself - his time, his stories.

This is probably why novel writers are able to accrue such huge, long-lasting fanbases - where screenwriters don’t really pick up a following at all. Readers love storytellers.

Now available as an ebook, paperback, or a workbook.

Great Characters Defy the World Around Them

When we’re up to our necks in:

You see this kind of thing all the time in Marvel movies. Deadpool is a great embodiment of this: he always makes light of a dark situation.

Careful though: humor placed at the wrong time can ruin the emotional release of a scene. This is why nobody will ever take a Marvel movie seriously.

19. Can Your Character Weather the Storm?

The Martian is one of my favorite hard science fiction novels.

Mark Wattney, the main character, is about as far away from James Bond as you can get. Partially because he’s stuck on Mars, but also because he’s a total dork.

And he constantly loses his cool.

The entire book, we watch him wrestle with his emotions - or hide from them - while his hopes disappear, one by one.

And yet, he doesn’t give up. He still tells jokes. He keeps eating potatoes. He tinkers with his equipment, trying to eek out just a little more power. Even though it probably won’t save him…

And that’s enough for Mark. That’s a special kind of courage that readers just can’t get enough of.

It’s the opposite of the James Bond effect, but this kind of “weak resilience” greatly humanizes a character. Makes us want to watch them succeed so badly we can’t put down the book until they do.

20. Everybody Loves an Underdog (or Tortoise)

The sympathy technique so old, it’s one of the most famous stories from an ancient book called the Bible.

Here are a few examples:

Why Do We Love This Character?

Everyone has been an underdog at one point.

From the smallest kid in class… To the richest Billionaire’s son. We’ve all had to look up to our “betters” and wish we could be better than them.

But there is a key to writing an underdog just right.

21. We Love to Watch Characters Fail

Getting back up is important.

Because that’s how we know how the character is truly motivated.

Pain of failure is one of the easiest ways to relate to any character. Make us wallow in your characters failure. Then, we’ll be extremely satisfied to watch them succeed…

How Do Great Characters “Fit in” with Others?

The Dark Elf Trilogy is an older fantasy novel. It’s about a society that lives underground, ruled by a matriarchy of blood-thirsty dark elves.

This society is so jarring, so foreign to our morality, that we can’t help but be disgusted/awed by the depth of their malice. For the dark elves, everyday life is filled with the threat of murder and total obliteration.

In fact, it’s pretty much encouraged from birth.

But there is one dark elf who refuses to do what comes so easily to his kin. Drizzt Do'Urden. At every turn, he laughs at his ancestors. He spits on their Gods. He commits high treachery and blasphemy - but since they're all evil, he earns our respect.

Looking back, author R. A. Salvatore wasn’t the most subtle about his approach. But you don’t always have to be.

Look at some of the most popular (and most obvious) foils:

Creating a foil is a great way to show how likable your character is - because every time the foil acts, it highlights the other's attributes as well.

23. When One Character Likes Another...

Well, this is going to get complicated.

There’s two ways to look at this:

You can see both of these examples in Jeff VanderMeer’s new book, Borne. It’s a book about an excellent relationship triangle (not necessarily a love triangle) between three characters in an amazing vibrant post-apocalyptic world.

Be aware, this technique does not guarantee lasting likability. Here are some caveats:

The narrator is a hive mind, which is a whole topic unto itself. (It’s done in an extremely interesting style.)

Here, to be outside for too long is certain death. Our protagonist stumbles upon someone lying in the snow, passed out from taking space drugs…

It’s someone from her past - someone who wronged her. Who tried to cause our protagonist harm, once very, very long ago.

We would not fault our protagonist for leaving her there, but...

I don’t want to spoil it, because it’s one of my favorite openings in all Science Fiction. Go read it for yourself, and see how quickly you connect with the protagonist for protecting a very unlikable character.

You mean they weren’t evil? This whole time?!

If you’ve ever wanted to write a redemption arc for a side-character, this is an easy one - all you have to do is foreshadow it without spoiling the reveal.

Look at Sirius Black from Harry Potter. In The Prisoner of Azkaban, we’ve been lead to believe he’s the worst criminal, the scum of the earth - and the man who sold out Harry’s parents to You Know Who.

26. The Most Powerful Writing Tip for Likable Characters

There is nothing more addicting than reading about a character who grows:

Even the most vile character becomes sympathetic when they grow enough.

Any kind of growth is addicting to read about - even for villains. But when the character grows in the “right” direction, it’s almost impossible not to fall in love.

Want to read a great story about growth?

Check out . (It's a quick, free read.) This story is a strong example of character progression… and what happens after. 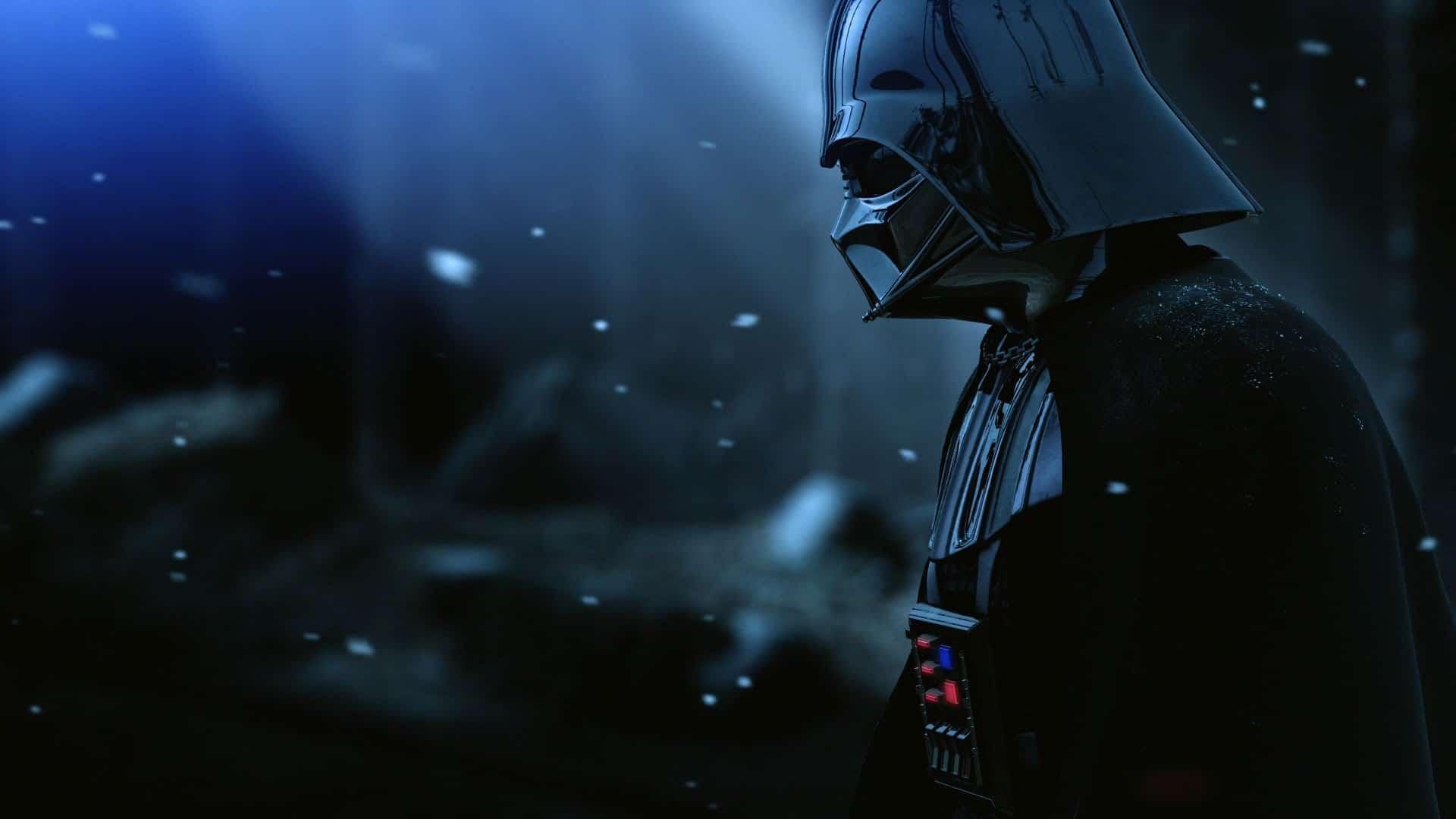 Most readers just want to read about characters they like. Of course, you’ll never write a character that everybody likes…

But with these 26 tools, you should have a much easier time writing characters that you love. Once you start connecting with your characters, it’s going to be far more exciting to write (and read) about them.

Good news for you, that’s exactly what your audience wants.

Did I Miss Any? What are your favorite sympathetic traits?

Did you like this article? Don’t forget to let me know, so I’ll know to write more stuff like this.

In Case You Missed It... Read How to Create Sympathetic Characters (Part 1)