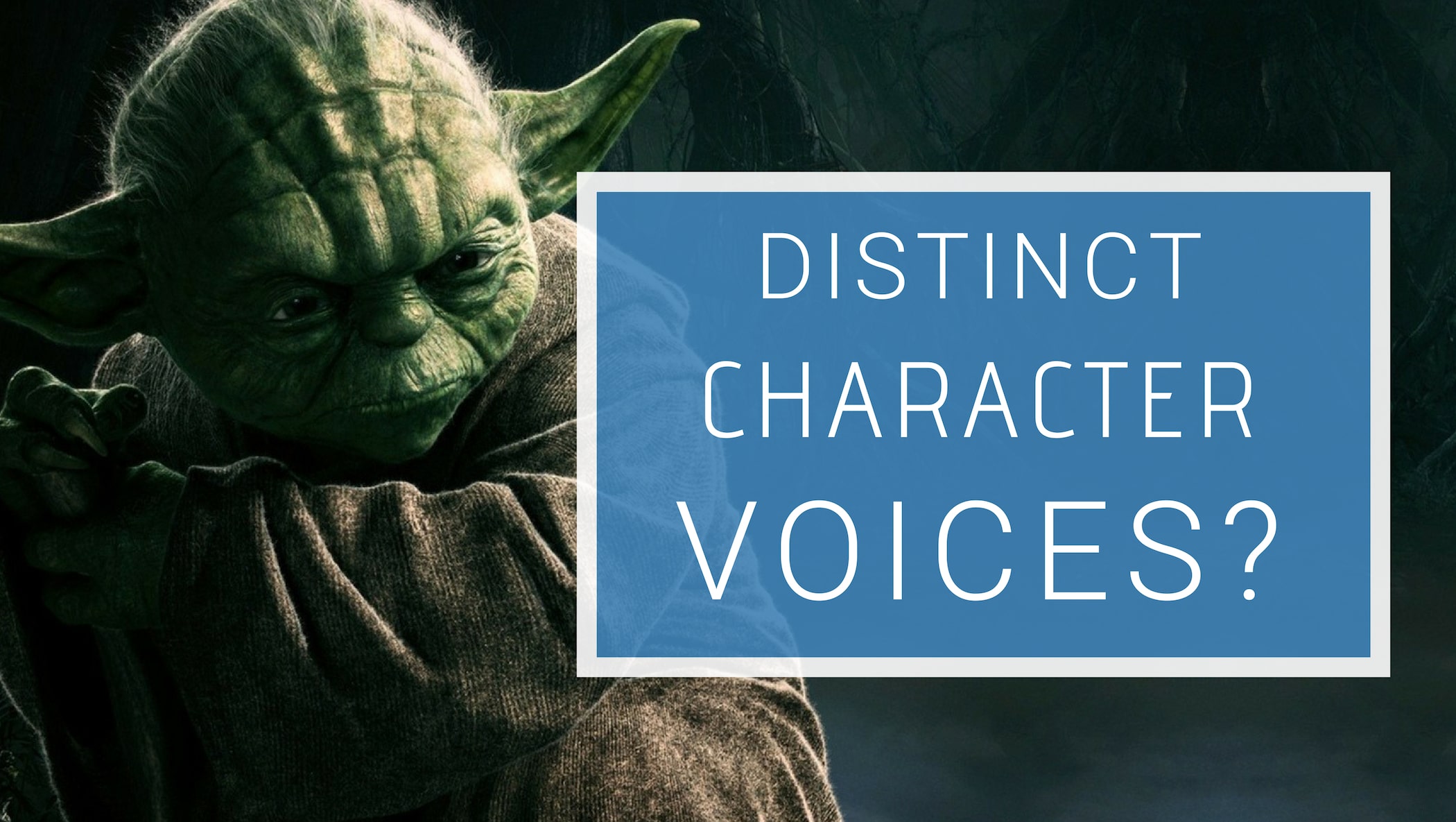 How to Craft a Distinct Character Voice

Home >> Character Creation >> How to Craft a Distinct Character Voice

Character voice is a hard thing to write, especially for novelists.

Screenwriters get to rely on the actors' voices and facial movements. But if you're writing a novel, you can only use use mere words to make your characters feel real.

When you figure out how to write distinct voices, you will be able to create amazing characters who are...

...and masters of writing dialogue are able to create magical, UNIQUE voices across hundreds of characters. I'll show you how they do it:

How is Voice Different from Dialogue?

All good dialogue happens because a character wants a result.

You can use almost anything to motivate your characters:

Good dialogue almost never exists solely for the purpose of “self-expression.” It simply isn’t interesting to read characters who talk about how they feel, unless there is an underlying subtext, a desire for results.

So if dialogue is a tool characters use to get a result...

...voice is how characters wield dialogue.

It's the difference between two characters saying, "Would you please keep the noise down?" and "Be quiet or I'm going to stab both of your eyes with a fork."

Develop instantly compelling characters that your readers will never forget.

All characters have two kinds of voices: internal & external.

Internal voice is everything your characters think, but don’t say.

Most internal voice will only appear in first-person and limited third person, because the narrative closely follows the main character... so we get to hear what's going on in their head.

Internal voice is almost exclusive to novels and written forms of storytelling. It's our little super power - screenwriters don't get to use internal voice like we do.

External voice is how your characters actually speak to others. It includes elements like:

How Do You Come Up with Different Voices?

The hardest part about writing unique voices is hearing them first. Most authors combine these three techniques to find their characters' voices:

So if you need to find voices, go watch some classic movies. Or head to a coffee shop, and eavesdrop (without being creepy) on people in line. And yes, play with the voices. They'll come to you.

Fair warning: while you work on this, your head will fill up with voices that aren't yours. Have fun. Don't go crazy...

Before we move on, watch this short clip:

Diction: what words do they use?

Your characters’ word choice will depend on a lot of things:

Wor choice will also depend on who your character is talking to.

Take the example from Good Will Hunting above. When the snobby grad student realizes he’s not dealing with your average high school dropout, his diction changes from “I must outsmart them” to a more colloquial “Nah, man, we’re cool.”

He realizes that he's probably out of his depth, and he wants to de-escalate the engagement, so he can turn and run.

Remember... the goal is to make your characters sound interesting. There’s no point in making them use different words for difference sake. Dig into your character's past, and make your dialogue rich with emotional conflict.

Here’s a quick example of powerful diction from Shakespeare:

“Cowards die many times before their deaths; The valiant never taste of death but once.”

Can you imagine who this character is talking to? It paints an emotional visual on word choice alone:

Rhythm: how do their words flow together?

Some people bounce their words around...

...and some people will blast you with a fire hose of non-stop HI HOW ARE YOU GOOD TO MEET YOU BOY THE WEATHER'S LOOKING-

Here's a better example of rhythm from The Grapes of Wrath by John Steinbeck:

“Before I knowed it, I was sayin' out loud, 'The hell with it! There ain't no sin and there ain't no virtue. There's just stuff people do. It's all part of the same thing.”

Rhythm gives you a flavor for your characters. Even if two of your characters share the same diction, their rhythm can distinguish them from each other.

Don’t be afraid to exaggerate your character’s voice in the beginning. It is always easier to cut or pull back than it is to add.

Who is your character? How do they deal with their current situation?

Your characters' psychological experiences and moral compass will determine what they’re willing to say.

For example, watch this clip:

In this scene from The Social Network, Zuckerberg is disagreeable, bored, and smart enough to know that he can say whatever he wants and get away with it.

What he’s willing to say sets his voice apart from the other smart characters in the film… because who else could get away with being that insufferable?

Ernest Hemingway, a master of writing dialogue, had this advice for writers:

“When writing a novel a writer should create living people; people, not characters. A character is a caricature.”

Your heroes and other important characters will change over the course of your story.

As they grow, their voice might change too. Ask your characters these questions at the end of their arc:

...and if you’re looking for an example of how that character’s voice changes, I want to recommend a few books to you:

Here's a common question you should think about when writing dialogue:

“Who is your character talking to?”

Because you will a different voice when you’re talking to:

And so will your characters. But here’s a more interesting question:

“When your character speaks, who do they think they are talking to?”

This question opens up new ways to think about what your character wants… and what their status is in relation to others. It may be vastly different than what they believe...

Consider the scene from The Social Network - or this scene from Mad Men:

Conclusion | How to Keep Improving Your Characters’ Voices

Do all your characters sound the same?

If so, work on it. Bland, monochromatic characters will drive your readers away. It makes the dialogue stale and hard to follow - when dialogue should be rapid-fire and intense.

With these strategies, you’ll be able to find, dissect, and recreate amazing character voices.

Find a public place, and don’t put in your headphones.

Instead, listen to the most intense conversation near you. Focus on the rhythm and the emotional language laced in the conversation.

Then, take that conversation and exaggerate it. Turn it into a brief scene, but only write the dialogue. No names, no dialogue tags.

Your goal is to establish two (or more) unique voices and sustain it for as long as possible.

Let me know what you think in the comments below!

4 comments on “How to Craft a Distinct Character Voice”