2018 was a fantastic year for Science Fiction.

Last year’s line up was healthy, but compared this this year… well… We’ve got:

This year is some of the most addicting SF I’ve read in a long time.

Author’s note: This list is in no particular order. All of these books are worth reading for different reasons.

And here’s the best Science Fiction of 2019.

Empire of Silence is about the man who killed a sun, a single act for which he is both revered and reviled.

Looking for epic and grim science fiction for the Modern era?

Take the narrative style of The Name of the Wind, mixed with the epic scale of Dune. Add in a dash of Warhammer 40,000, and this is what you get.

What does Christopher Ruocchio write well?

Ruocchio threads in all the hallmarks of good science fiction into his universe:

This is the first novel in a new series of good, Dune-esque science fiction. 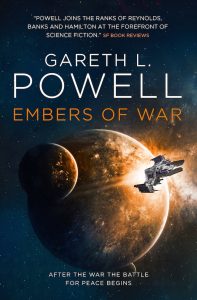 Powell weaves an emotional character tapestry, through which humor is one of his strongest threads.

This far-future novel features a sentient ship and a misfit crew who head into a rescue mission, and find themselves near the center of a blossoming galactic conflict.

Powell’s novel rides along at a commanding pace, jumping from multiple points of view while keeping the story on the tracks.

But it’s his characters that shine the most.

Humor, excitement, tragedy all work together to create well-rounded characters. Each one feels real, with a history (and baggage) of their own. 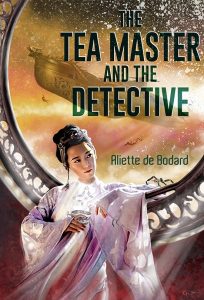 3. The Tea Master and the Detective

…except the Watson character is a spaceship with a (flawed) mind of its own. And the universe is steeped richly in Asian culture.

Comes with a heavy dose of lyrical prose, and a side of space drugs.

Want a quick science fiction read? The Tea Master and the Detective is a fantastic, tightly-spun novella.

Her prose lingers in the sonic space, and pulls the sounds of the environment out at just the right times.

I don’t want to say more, in case I ruin anything.

There’s definitely a few moments where I wanted to scream at the characters in the book, which meant I was hooked. 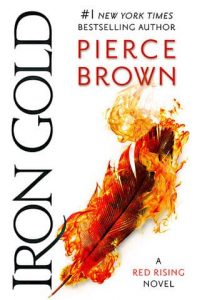 This one had to make the list because Pierce Brown’s epic science fiction series, Red Rising, is so incredibly popular.

And what trilogy would be complete without a fourth book? Right?

Actually, Iron Gold is supposed to be the start to a new trilogy, using many of the same characters from the last. So if you’re thinking of diving into this series, I’d suggest you start with the first book.

What does Pierce Brown do well?

Brown’s readers are in love with his prose. Personally, it didn’t work for me, but I haven’t tried to dissect my feelings too much. So, in this case, you might want to listen to the massive amount of praise.

What I think Pierce does well is the feel of his universe: romantic, almost fantastical, without actually using magic.

It feels more like reading a Greek Epic wrapped in Science Fiction trappings. Iron Gold is the first in the series to focus on more than one characters’ point of view, so it’s getting harder for me to not call this A Song of Ice and Fire in space.

A parody of everything I love about Science Fiction. Probably the funniest science fiction books you’ll read in 2018:

You discover a mysterious alien artifact…

And your whole planet gets framed?

I talked (briefly) with the Author himself, and I asked him why he wrote Gate Crashers:

I wrote GATE CRASHERS because I’ve always been a big fan of comedy and satire and believed it was long past time someone try to fill that niche in sci-fi and Fantasy again after Douglas Adams and Terry Pratchett passed on.

So why not a stand-up comic sci-fi author?

The comparisons to Douglas Adams and Terry Pratchett are well-deserved.

It’s familiar, it feels light-hearted and cozy, but there are enough new ideas here to make this stand on it’s own as “fresh” science fiction.

Humor is always “hit and miss,” but if you’ve been missing humorous science fiction in your life… give Gate Crashers a shot. 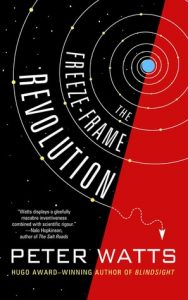 I spent the last month tearing through Peter Watts’ bibliography, and it almost destroyed me. His science fiction is deeply depressing, usually disturbing, and insanely fascinating.

Somehow, Watts always finds a way to take a concept so far outside of human reality, and makes it matter.

Freeze Frame Revolution is another installment in his Sunflower Cycle, though it can definitely stand alone.

What’s kind of Science Fiction is it?

I really need to state this:

He thrusts you into a far-flung “what if?” world, the kind you can only see in Science Fiction. Most authors might stop at one or two concepts, but Watts keeps layering them on, never letting you get comfortable with the premise.

Everything feels like it’s in place for a reason. And everything changes the way the characters interact with the world… 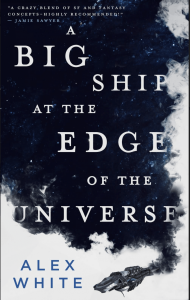 7. A Big Ship at the End of the Universe

And the stakes are life and death.

But what really makes this novel?

It’s all about the cast. I was trying to come up with my own description, but one reviewer put it best:

“This found-family/anti-hero squad of space witches takes you on one hell of a ride, FEELS and sexual tension galore included.”

You’ll definitely get The Long Way to a Small Angry Planet vibes. 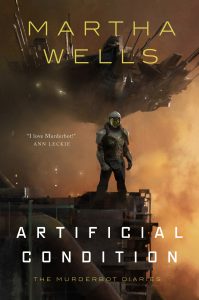 The Murderbot Diaries will probably get a movie adaptation soon, because it’s some of the best “popcorn” science fiction. I don’t mean that in a derogatory way – it’s just easy to get into.

Artificial Condition continues the story of Murderbot (go read the first one if you haven’t yet. It’s a quick read.), this short book explores what it means to be an assassin robot…

…that can think for itself.

Normally, this is pretty easy… except she uses them as main characters. Which means you’re in their head the whole time.

Her writing is light, though laden with surprises. Definitely one of the easier science fiction series to start with. 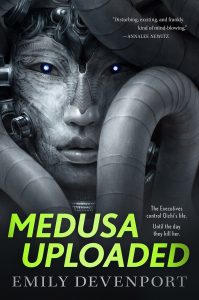 This is a revenge story for the masses. Featuring…

And a revenge story that transcends humanity.

Though she’s been nominated for SF awards before, this is Emily Devenport’s first science fiction book in 10 years. You know she’s been building up to this for a while.

Devenport is not a stranger to Science Fiction. She toys with its tropes, and at times it can make the narrative… complex.

But she excels at pulling you through the story with twists and reveals. Especially the opening lines of the novel.

Also, if you’re looking to write a strong female lead – this is a good book to try out. (And when I say strong, I mean violent). 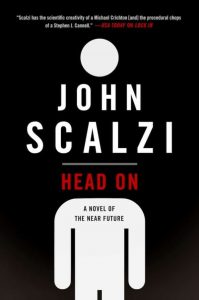 Scalzi is something of a bridge-maker. He’s been crossing the void from “Classic” to Modern Science Fiction for years.

Head On fits more in the Modern Era.

You’ll love Head On if you have any interest in:

Scalzi was also in 2017’s post on the Best Science Fiction books. Back then, The Collapsing Empire was a huge departure from his usual narrative voice.

This one is a return.

It’s full of his trademark snark, so if you’re on board with that – this is a great standalone book to pick up. 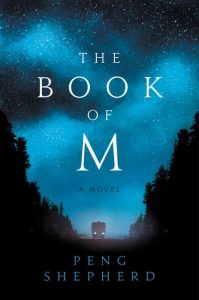 A dystopian novel where it’s dangerous to lose your memory.

This is a story about what happens to a husband and a wife when one of them starts to forget.

A fantastic premise – and exceedingly good execution. The Book of M is Peng Shepherd’s debut novel that fits firmly in the “Science Fiction Fantasy” realm.

A Master’s in Creative Writing doesn’t necessarily make you a good writer. But can certainly tell Shepherd has experience.

Every line cuts a new emotion. If you’re looking for finely crafted prose, and something less “Science-y” in the Science Fiction world, check this one out. 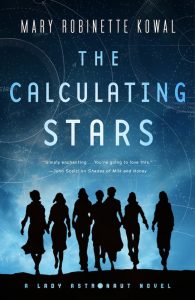 Mary Robinette Kowal has been talking about her latest book on Writing Excuses for months.

This is an alternate timeline where, in the mid 20th century, the future of Earth is threatened by astronomical events.

Take the side of Elma York, an extremely capable and intelligent young woman who decides this is the perfect time to break thousands of years of sexism and conventional boundaries.

Kowal excels at economy of language. For years, she was the leading Short Story expert on the Writing Excuses podcast.

But lately, she’s been cracking into the Novel scene.

The Calculating Stars is her first full-fledged science fiction, and it’s the first “Historical” Science Fiction on this list.

Her research, her writing skills, and her take on social issues all combine into a quick, sharp, and easy read. 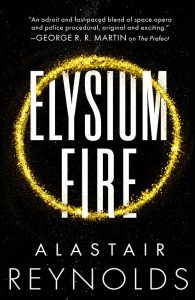 I’m not sure if I would qualify his latest series as Hard Science Fiction, but Alastair used to be a scientist, so all of his stories feel grounded in the “possible.” Even his most outlandish novels, like The House of Suns.

Elysium Fire is a Space Drama, with heavy science elements.

It’s a mystery plot that teases you with an “easy answer” that turns out to be completely incorrect. And, like all of his other books, everything gets more complex the deeper you go.

But, as I’ve been following his career, I’ve also watched him discover how to write more sympathetic characters.

Even the people on the “wrong side” of the plot have redeeming qualities.

What was your favorite Science Fiction read of 2018?

Let me know in the comments below!

And if you’re looking for more, you can always check out last year’s post here.