Want to make your story impossible to put down?

Create instant sympathy with your characters.

There are tools chapter one (or better yet, page one) you want to make sure your readers:

…readers will get addicted to your characters, and beg for more.

What Makes a Sympathetic Character?

Let’s get one thing out of the way:

Sympathetic does not mean nice.

There are plenty of addicting characters who are prickly, unsavory bastards:

Likable characters don’t even need to be on the protagonist’s side.

These tips are so universal, you can use them to turn even the most hateful villain into a complex, sympathetic character that we can root for. 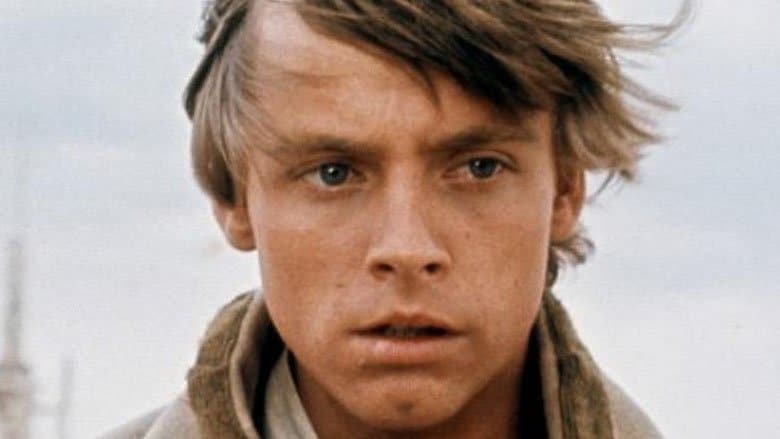 Note: There are so many tools to write likable characters, I couldn’t fit them all into one post. Part 2 will go up next week. You can subscribe to the blog so you’ll see when it goes up.

Let’s start with the easy ones!

1. Your Character Must Have a Great Need

The beginning of every great story starts with a character who has powerful motivations.

Even the weakest character becomes strong the moment you give them a powerful motivation.

Why is Motivation So Important?

Motivation makes us care. It’s so much easier to empathize with a character who actively desires something.

At the very least, motivation will drive your story forward. At the very best, it will give your readers an instant sympathetic connection with your character.

2. Your Character Must Have Conflicting Motivations

Complex motivations are an extremely powerful tool. Brandon Sanderson, author of The Stormlight Archives, is a great example of this:

Read more about how he creates complex motivations here.

3. Every Motivation Must Have Limits

There are lines that must not be crossed.

Look at Elsa,  side character from Indiana Jones and the Last Crusade:

She goes through a wonderful redemption arc – even helps Indiana kill the bad guy at the end.

But she is too hungry for the Holy Grail, and steals it for herself – even though the Guardian warned against such an action. Worse, her actions endanger all of the people who helped her survive.

…and in that moment, Elsa loses all of our sympathy. We think, “She deserves what she gets now.” 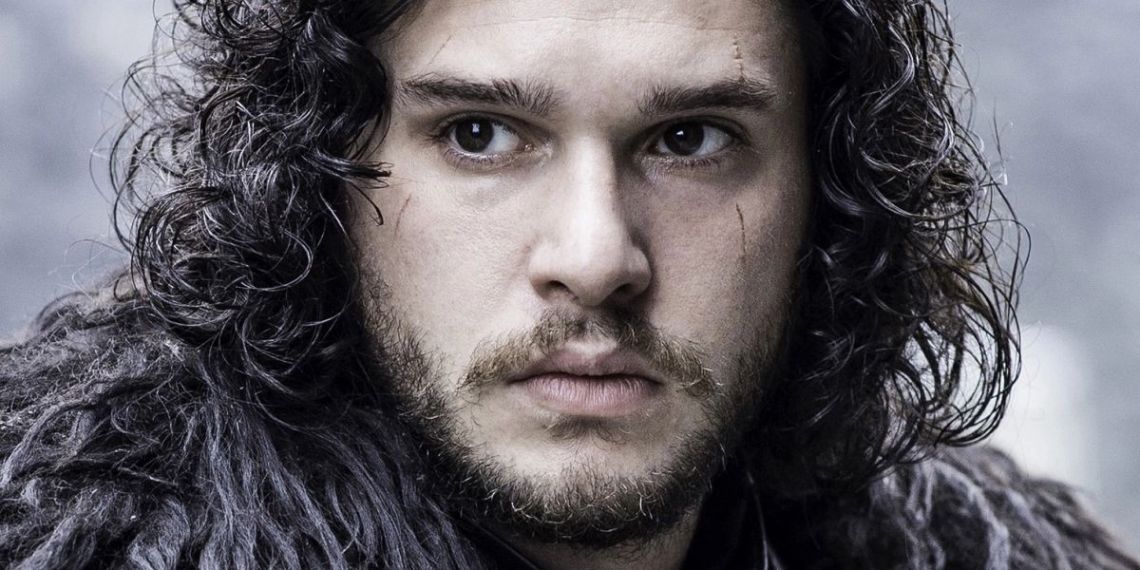 Except for Jon Snow.

In A Song of Ice and Fire, he was the bastard son of a King. His adopted mother loathed him. And he had every right to be an embittered, jealous man.

Yet he isn’t. Jon makes the conscious decision, again and again, to put others’ needs ahead of his. Unlike his older brother – who chose Love over the fate of the entire Kingdom…

…and paid for it.

Jon Snow might not be the cleverest protagonist, but he literally gave his life up – multiple times – for the good of the Realm. And if you don’t trust him by now, it’s probably because George R. R. Martin has made you paranoid.

5. A Friend to all Animals

Does your character pet the dog, or do you kick the dog?

Have a character be nice to an animal, and our sympathy will soar. One of my favorite versions of this trope (and one I haven’t seen in a while) is the mad, wild animal that nobody can seem to tame.

…except for our very special character. When they tame that animal, we get to see them be firm, brave, and gentle – all at once.

What magic is really at work here?

I think it’s about vulnerability.

When you see a muscle-bound Giant being ultra gentle to the tiny creatures of the world, your heart swells.

It even works on robots – I think Star Wars is a great example: Luke goes out of his way to keep R2-D2 out of danger. Or, at least, he shows compassion for the droid.

Want people to care about a character?

Write from their point of view.

First person narrative is the obvious choice here – because we get to see their emotions, their reactions, etc. But you can also use third person limited (and select instances of second person) to replicate this effect.

For a great fantasy novel that does this, check out Joe Abercrombie’s The Blade Itself. One of the protagonists is a torturer who seems to derive pleasure by hurting others.

But the mere fact that we get to hear his thoughts and his reasoning, above all others, gives us something to sympathize with.

7. Does the Backstory Make Us Feel Bad for Them?

Why do so many stories start with orphans?

It’s the easiest, fastest way to make us feel for a character. A sympathetic backstory, when revealed in an interesting way, does two things:

Gollum is a monstrous little thing. With pale, translucent skin, and wormy fingers.

It’s easy to hate him. Until we see his backstory:

Gollum (formerly known as Smeagol) was not a strong-willed being. He was utterly powerless in the sight of the Ring. Even so, he feels an immediate, cutting regret for his actions with his brother. After his defining moment, we can’t help feel bad for the guy.

…that is, until he crosses the line and betrays the others (again) for his own selfish desires.

8. How to Create Believable, Relatable Flaws

I can’t possibly cover all of the character flaws.

So here is a resource that attempts to show you how to write loveable flaws. And here’s a sizeable list of them.

The key thing to remember here:

“If the flaw is the character’s own fault, they need a redeeming quality.”

A physical handicap is not the character’s fault. Therefore, there is nothing to forgive.

But cheating on a loved one? The character better have something that specifically counteracts that, otherwise we’ll never forgive them.

I’m reminded of a very important character in American Gods by Neil Gaiman. Even after death, she does everything in her power to redeem herself. And she’s not even doing it for forgiveness, but out of guilt and love.

9. Why Self Awareness is Extremely Attractive 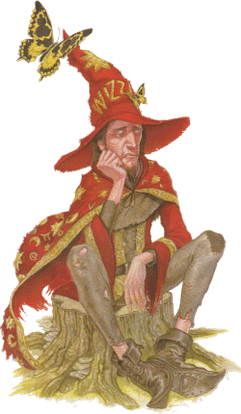 Is your character a lily-livered, yellow-bellied COWARD?

We’ll still love them if the character is aware of their flaw.

For example, Rincewind from Terry Pratchett’s The Color of Magic knows he’s probably the world’s worst sourcerer [sp]. Also, he’s afraid of everything.

And it tears at him – because people mistake him for, you know, a “real magician” who has “real power.” We get to see him wrestle with the identity that others give him… and eventually accept who he actually is.

Use that self awareness to build the character, escalate the conflict, and make us fall in love.

Write Characters Who are Confident (or at least Competent)

10. The Power of Personality

Where is Hannibal Lecter?

So… how does he make us feel like he’s the one in control?

Hannibal Lecter’s personality is striking. Disgusting, yes. But he presents his personality with such confidence, we are magnetized by it.

Personality will attract readers – even if it’s a frightening one.

Make your characters wear that unique voice until they stand so far apart, we can’t help but look at them. That is… as long as you stay away from “obnoxious” personalities. Annoying characters are easy to hate.

One of the most basic ways to make a character likable?

Give them traits everybody admires:

There are plenty of others.

Your goal here is to make sure their attribute really stands out.

You can do this in a couple of ways:

For number two, I’m talking about when Neville Longbottom stood up to his friends. 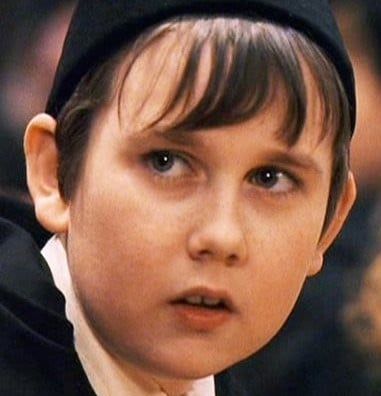 If you tell your readers “she was brave, he was loyal,” we won’t care. Actions speak so much louder than words.

12. Are Brains Better than Beauty?

I hope so. Because I’m only half as smart as I am ugly. Wait-

Anyway, Hermione Granger is an insufferable know-it-all. It’s kind of hard to like her until…

…she uses her vast, encyclopedic knowledge to save Ron and Harry from the Devil’s Snare.

Intelligence can be a very annoying trait. But, find a good use for it, or find a way to mete it out in interesting doses, and readers will admire the genius of your characters.

At the end of Star Wars Episode IV, all is lost.

Luke and his squadron are getting torn to pieces. And the last chance to destroy a massive weapon seems … hopeless.

Until, screaming and whooping, Han Solo launches into the frey and saves Luke. 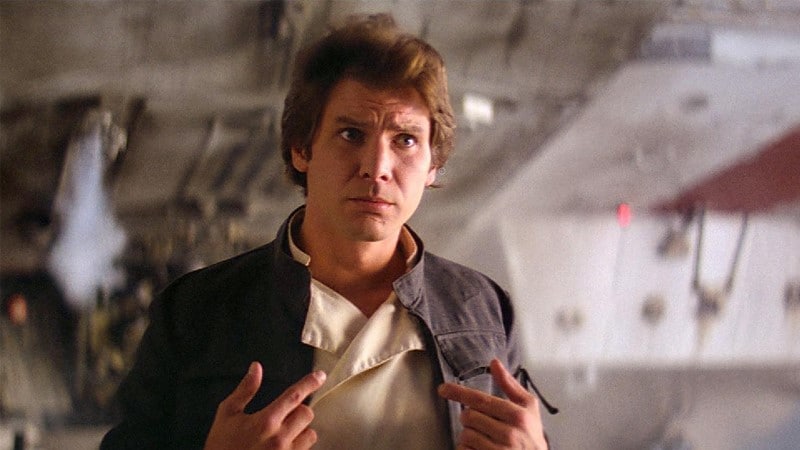 What did Han Solo have to gain by coming back?

And, damn it, we love him for that. Because we knew all along that scruffy-looking nerf herder had a heart of gold.

We just needed to see an action that finally proved it.

A few questions for you:

Thanks for reading! Comment below and I’ll get back to you ASAP.