When you can write a character with a strong motivation, you will lose hours of your life…

…falling in love with them.

It will be as if the characters are right there in your life. You will find yourself transported to their world, and you will care deeply about their goals, and how close they are to reaching them.

These are the seven secrets to writing powerful character motivations:

#1 – Every Character Needs a Goal

Yes, even your minor characters who only say “Oh, my, what’s that sound?” before dying horribly.

Motivations make your characters seem real. It’s so much easier to care about a character who wants something – anything in this world.

Even if it’s a villain, readers must see their goals.

Who is more compelling?

Note: your minor characters may not need a deep, compelling goal. For example, most of George R. R. Martin’s characters just want to stay alive, and not end up as another casualty. 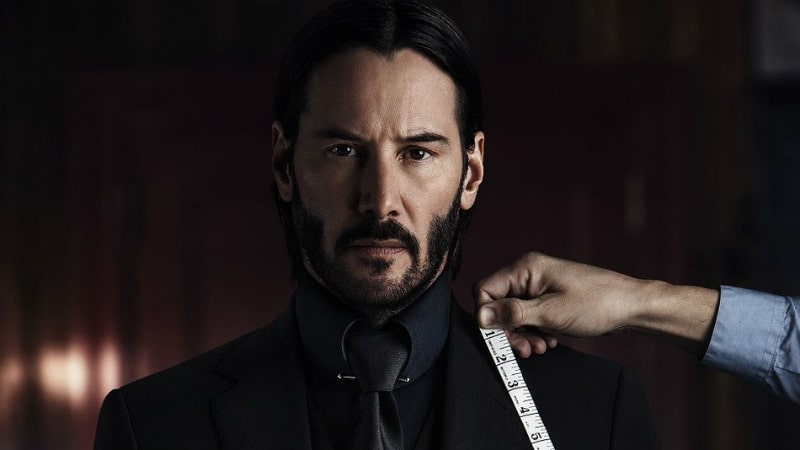 #2 – A Better Way to Motivate Your Characters?

Or check out the Hierarchy of needs…

But I think I’ve got a better way – a way that enhances your story, instead of splitting it or forcing it to follow a new tangent.

Look at your character’s backstory. Ask yourself a few questions:

You’re looking for a point of extreme dissatisfaction. Something that claws at your character’s every waking thought.

Think about John Wick. He answers both of those questions:

Come up with a list of possible motivations. You’re going to need them for this next one… 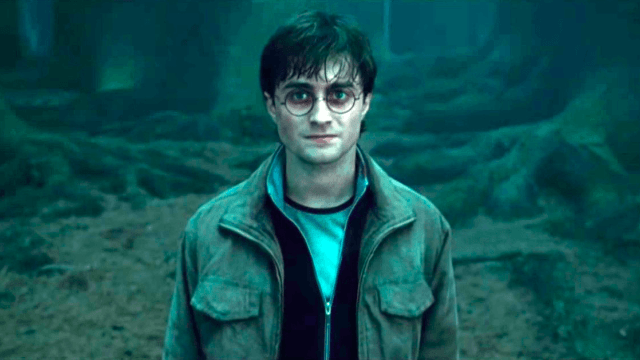 #3 –  What Should Motivate Your Characters?

When your characters are motivated by the “wrong” things, it will lead your story astray.

Instead of tidy-yet-complex plots, you’ll have a confusing mish-mash of themes and thoughts.

When I say the “wrong” things, I’m not talking about anti-heroes –

I’m talking about character motivations that don’t really have a strong place in your story:

The novels are a story about friendship, wonder, and the magic of love.

…but was motivated only by pure, bloodthirsty, Rambo-style hate to kill Voldemort. The kind of revenge where you throw your friends under the bus, just to get a chance to Expelliarmus the Big Bad.

Would probably put a damper on the whole series, I think.

This secret is mostly important with your primary characters – secondary (supporting) and tertiary (side) characters can want whatever you want them to want.

…but we’ll get to that in a minute. First:

#4 – How Do You Show Character Motivation?

As a writer, you don’t get to.

Be subtle about your characters motivations – or at least more subtle than a Disney character literally shouting their goals from the mountain tops.

In the SyFy Show, The Expanse, Holden gets captured by the Martian faction.

The interrogator takes “focus drugs,” which cause his eyes to dilate. He then asks Holden a series of intrusive questions, analyzing Holden’s micro-reactions to every question.

What was really interesting about this scene is that we, as viewers, were interested in both character’s reactions. Both how Holden reacted, and how the interrogator reacted to Holden’s reactions.

It was an excellent way to show us the Martians motives – without telling us directly how they were involved in the conflict.

Reactions can both explain motives (and hook us into your characters), or further confuse them in a way that makes your story vastly more compelling.

I’ve been reading The Way of Kings by Brandon Sanderson. The main character, Kaladin, is a selfless paragon of virtue – and a slave.

Whenever he sees his fellow slaves in danger, he doesn’t tell us “I have to save them.”

He launches himself into harm’s way, and does everything in his power to stop them.

Not exactly subtle – but it is an effective way to show that not only is Kaladin virtuous, he is so virtuous he would risk his life for no gain whatsoever. 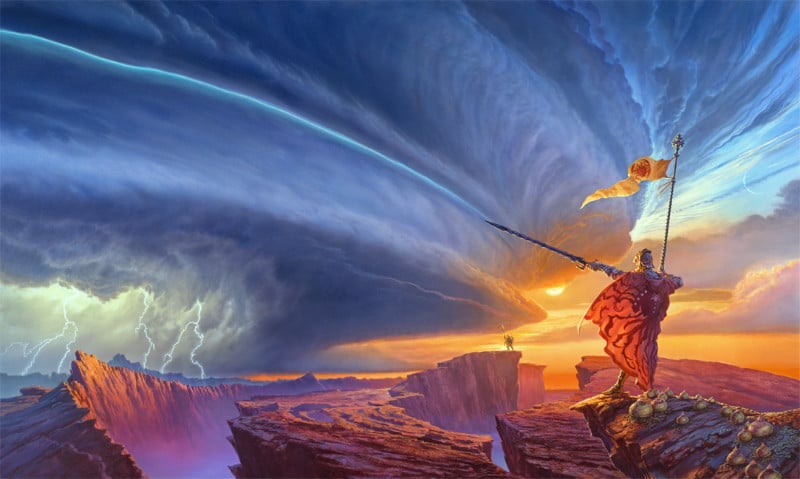 #5 – A Change in Motivation? We’re Listening…

One of my favorite things to watch in a novel (or any story) is character’s changing motivation.

There are a ton of ways you can do this, but I’ll cover three major ones here:

As Kaladin rises in the ranks, as he accrues more allies, his oath of protection must grow.

Eventually, it grows to include a few members of society called “Lighteyes.” On principle, Kaladin hates Lighteyes, because of how they’ve kept him and all the other darkeyes down.

Yet, this motivation growth spurs character growth in Kaladin, as he is forced to accept that not all Lighteyes are the same…

(By the way, if you love Epic Fantasy, I can’t recommend this series enough. Go get it, or see Brandon Sanderson’s full-length writing classes in this article.)

In The Lies of Locke Lamora, Locke is your typical thief:

That is, until he’s double-crossed. Locke finds himself amidst a deceptive (and dangerous) revenge plot. And though his reasons may not be especially noble…

…his motives are. Locke is forced to act, to save the City’s underworld (and therefore the City’s upperworld).

Watching his goals change from thievery to becoming a saviour is supremely satisfying.

This is a hallmark of any dark fantasy story.

Lord Denethor from The Return of the King did it. Warhammer’s God Emperor did it.

And Robert Baratheon from A Song of Ice and Fire was undone by this motivation change:

#6 – The Secret to Extremely Tense Conflict

The obvious way to create tension with characters:

In this case, Character B can be a villain… a side character… or even the main character’s own ally.

What happens when your protagonist goes too far? What kind of tension does that create in your story?

But you can go one step further.

Here’s one of the greatest ideas I’ve ever heard for character Motivations:

Your main characters need more than one goal.

For example, let’s look at Boromir from Lord of the Rings:

He wants to help save Middle Earth.

But he also wants to see Gondor returned to its former glory.

When presented with an opportunity to take the One Ring, Boromir thinks he can use it as a tool – to Make Gondor Great Again ™.

Everyone in the Fellowship knows that the Ring will betray the wearer. Yet, Boromir succumbs to his ulterior motivation.

After this moment of weakness, after he fails Frodo, Boromir’s reputation is devastated. The conflict between his two motivations undoes him – and makes him one of the most fascinating characters in LOTR.

Have you ever played any kind of video game?

You probably know how addicting the feeling of progress is. The same goes for your stories – readers are addicted to watching your characters progress.

(Or regress, if you’re reading Kafka.)

Yet, you don’t want to shove progress down their throats. You need to make your characters work for it.

The easiest way to replicate this is with Try/Fail cycles. Here are the two functions that make them work:

Try/Fail cycles are a constant set of tests, setbacks, and blockades that keep your characters from getting what they want.

They are the perfect way to show your readers just how important the character’s goals are.

After we’ve watched a character try, fail, and try again – we salivate for their success. 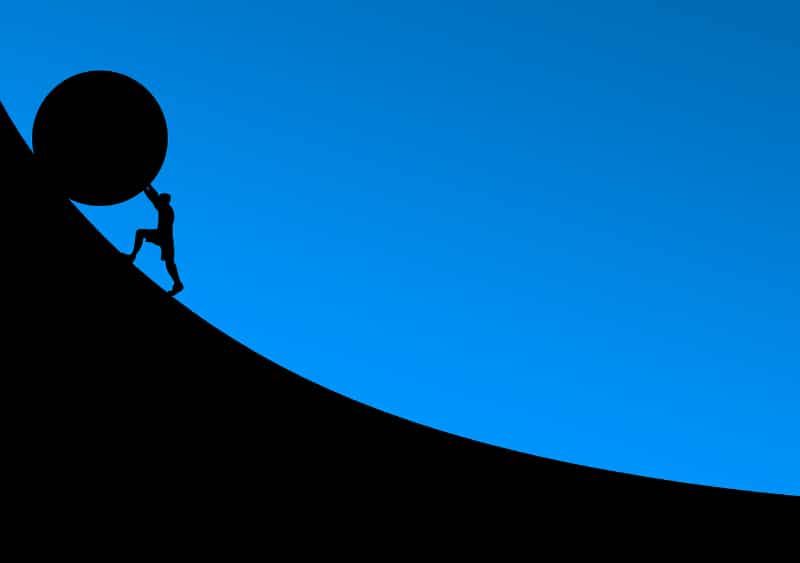 Armed with these seven secrets, you’ll have a much easier time creating characters that feel alive.

Your readers will cheer for them, feel every failure, and won’t be able to put your books down.

Powerful motivations (and therefore powerful characters) carry us through stories more than anything else.

What are your favorite character motivations? Who do you think had the best “change of motivations” in film / TV / fiction?

Related: How to “Fail Better” at Your Writing Goals