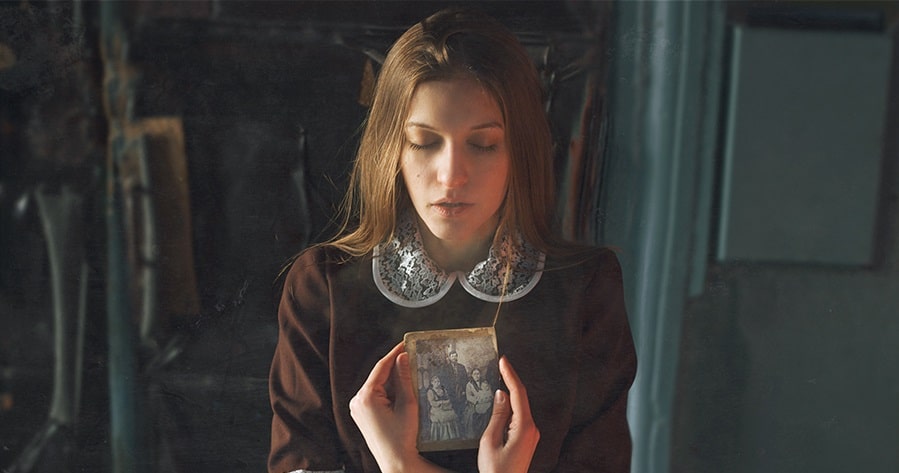 Number Eight didn’t know it, but I knew she wasn’t an Android.

I don’t blame her. I’m no Robot either. The Masterson’s only bought me believing I was an Android. I’ve been lying to them since.

Understand this: it was a matter of air quality. The Masterson’s, my employers, were one of the few upper-city families who could afford a Dome, complete with the latest in air-scrubbing technology.

You didn’t even need a mask inside the Dome. You could just walk around, and breathe in the air.

I caught Number Eight when I was walking into the East Wing’s kitchen. Number Eight had her back turned to me, and was printing meals from the Dinner-press.

Her motions were so fluid, that I stopped at the door, and simply watched her. As my eyes trailed down the soft curve of her back, I found myself wondering what her model number was. A new line, perhaps?

Number Eight set the bowl on the table. She leaned over it, scooping back her hair with one hand so the curls of steam rose up and gathered under face.

That’s when I realized she didn’t have a model number.

I watched from the doorway as Eight closed her eyes, and inhaled. A smile touched her lips, like sunlight touches the surface of a lake (a clean one, not one of the outdoor lakes, covered with layers of scum and dyed grey-green with pollution).

Her eyes shot open, and for a moment, I thought she had heard me. I caught my breath, and stood as still as possible, watching from the other side of the kitchen, my body half-hidden by the door. Her lips pressed together tightly, and she started to squirm, like she was trying to hold something in.

Eight’s dove-white hand flew to her mouth, and her whole body shook as she sneezed a quiet explosion. And again. And again.

Poor thing, I thought, She must be sick.

It was at that moment that Mrs. Masterson decided to sneak up on me.

“Ah, Number Three,” she said. I tried not to jump at her shrill and sudden voice, “Have you seen Number Eight? I sent her to fetch my Dinner ages ago.”

I hesitated. I could lie, but I could tell by the way Mrs. Masterson’s brow creased that she was in her ‘hunting mood‘. Mrs. Masterson’s prey of choice were imperfections of any kind, and she attacked them like an old world savage attacks the last deer of winter.

She would find out.

So, I raised my voice just loud enough for Number Eight to hear, and said with robotic perfection, “Yes, Ma’am. She is just in here,” I pressed open the door to the kitchen as slowly as I could, praying that Number Eight would hear us, and collect herself.

“Number Eight,” Mrs. Masterson’s voice was dangerously low – the savage had cornered her prey, “Did you just sneeze?”

“No, I-!” I could almost see Number Eight’s throat slam shut.

Fortunately, I had been in this business for a long time, and I had a few tricks up my sleeve.

“Mrs. Masterson, if I may,” I said, “What looks like a sneeze to you humans is actually an android function indicative of a lack of energy. I believe what Number Eight needs is a prolonged recharging session.”

The full weight of Mrs. Masterson’s skeptical gaze shifted on to me. My face was as blank as a dead computer screen. Like I said, I’ve been doing this whole ‘fake Android’ thing a while.

“I’ve never heard of this,” she said, now looking Number Eight up and down. Number Eight’s face was shock-white with fear, but she dared not say a word.

Oh no, a distant, paranoid thought grew in my mind, She’s figured it out now.

“Well,” Mrs. Masterson whipped around, “Number Three, please take Number Eight up to her Chambers and see to it that she gets a proper recharge. But first, bring me my Dinner.”

And with that, she stalked off in search of other prey.

Number Eight stared at me, not daring to move.

“Come now,” I said, a grin creeping onto my lips, “Let’s go get you powered up.”

“You-” she said, her voice breathless, her eyes wide with revelation, “You’re not a -”

I cut her off with a shake of my head, a finger to my lips.

“Us Androids have to stick together,” I said with a wink.

Last week we were talking about how many characters your story should have, and I said three is the perfect number to start with.

Hopefully, this story was a great example of that. You’ve got:

With this limited number of characters, you can remember details about every single person in this story. I’ll bet you even have a foggy image of what the characters look like, right?

That’s it for today. Keep reading. Keep writing. And don’t forget to like + subscribe to this blog for more writing and writing advice!